During the week the St Kilda Newspaper contacted me to see if I was interested in interviewing local St Kilda Police Sergeant David Eadie “The Running Man”.

David has just arrived back from Badwater in the U.S.A, where he completed an ultra marathon of 217km through a place called ‘death valley’; this has been labelled the ‘hardest foot race in the world’.

David finished 14th in a world class field of 96 elite runners. He is one of 10 Australians EVER to finish the hardest foot race in the world, and did so breaking the Australian record by over an hour.

David is a full time police Sergent at St Kilda Police Station, and has trained and prepared for this race as an amateur. He was voted Men’s Australian Ultra Marathon Runner of the Year in 2011.

So of course when I read about him I was keen to have a chat,  I can’t help but be very impressed by his achievements.

Anyone who can run for 30 hours straight through the hot desert is an absolute badass in my opinion, that is some crazy stuff.

Here’s my interview with him, its going to be in the St Kilda Newspaper in August – hope you find it interesting

At what age did you start to get in to running?

I got started running in my teens, and my mission had always been to make the Olympics in the 5000 and 10,000 metre races. I ended up competing in the commonwealth games in 1998 and came 4th at the selection trials, and I made the final 10 in Olympic trials.

My interest started to wain after a while and I switched my focus to triathlons in 2000, with the new objective to complete the Hawaiian ironman, which I did in 2003.

My Interest in running ultra marathons (which is anything MORE than a 42km marathon) was sparked watching a documentary on Badwater. After I saw this that was my new goal.

Before reading about this ‘hardest race in the world’, I would have guessed that completing an Iron man was one of the hardest things you could do. Which one was harder?

Badwater is the hardest thing I’ve ever done. Its over 13,000 feet of cumulative ascent.  Just one of the hills you have to go up was 28km long, you can’t even jog it because it’s so steep, you have to power walk it. On top of that, you have to do all of  this literally running through the desert in 45 degree heat.

I don’t think I could ever complete a race like that no matter how much I trained, I reckon you have to have some pretty favourable genetics for super high levels of endurance to be able to complete races like this. Were you good at running from a young age?

I was always naturally good at endurance from a young age, so yes I do think that plays a part.

Describe your experience running ‘the hardest race in the world?

The race was painful right from the beginning, the first 70k was hard due to heat, you’re literally running through the desert, we were in about 45 degree heat and when you’re running through the wind its like someone blowing a hair dryer in your face, the radiant heat was like sitting next to a campfire. After 70km I was crook, it must have been the heat or something so I had a little rest and then kept going.

Did you ever think about quitting?

No, there is definitely NO OUT once you’re there, that is not an option especially with all the time spent preparing for this, and the big support team I had around me that I wouldn’t let down. After a while I did have really sore quads and it was definitely painful to run, but it’s just so inefficient to walk that I wasn’t going to let myself even do that.

I spent last year running an ultra marathon every 6 weeks. (an ultra marathon is anything further than a 42km marathon). Because of my consistent results I was Awarded Australian ultra runner of the year in 2011. Training leading up Badwater was a 26 week block, I would run about 160-180 km per week.

I live in Mt Eliza and work in St Kilda so a big part of my training was actually running to work which is about 50km.

So your training schedule doesn’t interfere with your work?

I can easily revolve my training around work, sometimes my shifts will change so I’ll just change my training times.

I do a lot of strength training, you have to otherwise your body just wont hold up on big runs. I focus on basic lifts like squats, chin ups, push ups, bench press, seated rows, and lots of core work like planks.

How often do you strength train and what kind of rep range do you train in? Do you ever train in higher reps for more endurance based work?

I do some sort of strength training about 5 x per week. I keep things pretty standard at about 10 reps in a set, and I’ll do that 3 times for every exercise.

A lot of my clients get knee pain and back pain from doing lots of running, no doubt you would have encountered this over the years with the sheer volume of running you do. Any suggestions?

I think you have to make sure you are good with your stretching and flexibility, it’s important you keep your body flexible and moving right.

If I had my time over again this is something I would do more of, I’ve been lucky and managed to get away with neglecting this for a while when I first started.

Sum up your diet in a nutshell

Breakfast would be Muesli, yoghurt, fruit

Lunch, I would have Rice, tuna, veggies,  fruit

Dinner is a big piece of Salmon, and lots of veggies,

I pay particular attention to cut out all junk like even the odd lolly or the odd pizza in the last 8-12 week leading up to a big run. You can’t afford to have any excess weight for those big races.

Do you take any supplements?

(BCAA’s are basically the building blocks of proteins, this helps with David’s recovery etc)

You have obviously met with some real elite endurance athletes from all over the world, I have a theory that you have to be slightly crazy to do these races, you’d almost have to be crazy…What do you think?

Yep theres definitely an element of that, you have to be a bit eccentric in some way.

What motivates you to do these extreme races?

The challenge of the distance and dealing with the high’s and lows experienced during the event motivates me, I’m interested to know how much I can actually suffer, at what level can I take it to. I love challenging myself and pushing my mind and body, and of course I love to run.

Do you think its more of a mental thing or physical thing?

Its all a mental battle running for 30 hours, Its important to really be in the moment where you are now, you might be 3 hours in and you just cannot afford to start thinking about the next 27 hours to come.

What do you think about on a race like that? Do you listen to music?

Yeah I listen to music, although I did a lot of running without music too at Badwater.
I think about all the races I’ve run, all the training I’ve done, and all the people who have helped me to achieve my goal.

How did you feel physically after running badwater?

You don’t feel too good, you just feel ravenously hungry and thirsty and can’t feel satisfied no matter how much food or drink you consume. I had very sore legs, but they were back to normal after 48-72 hours. You don’t sleep much the first few days, I’m still feeling lethargic and it’s been 1 week.

Have you ever used your running prowess and chase down a crook whilst on duty?

Lots of times, especially around St Kilda people like to run. My partners usually give them a warning that if they take off they’re not going to get very far..

Tell me about your running / coaching service?

I operate a coaching service designed to motivate and encourage people to achieve their running goals. I’ve been lucky enough to compete against and train with some of the best runners in the world so I can use this experience to help others. It’s important to have a goal, and from there to form a plan to get to it.

What is the charity you’re supporting and why?

Reclink Australia, they’re in Sth Melbourne and run sporting and social programs for disadvantaged people. This is a great charity, helps out the troubled and gives them somewhere to direct their focus.

All of David’s’ achievements are found on his The Running Man website,

where would be runners can sign up to be trained by David, now one of Australia’s most sort after mentors.

David is running a fund raising trivia night to be held at the St Kilda Town Hall
on Saturday August 4th where he will be showing some photographs and sharing
his Badwater race experience.

The fundraiser is for the charity he is running for (Reclink Australia). Tickets are $33 a head or book a table of ten for $330.

David deserves a fantastic home coming so please do your best to come to his
Post Race Charity Event, or forward to those who may be interested. He’d love to see you there!

If you are unable to make the function but would like to support through a
donation to Dave’s chosen charity Reclink Australia, you can do so on the
following link: http://www.everydayhero.com.au/Badwater

Thanks for supporting Dave Eadie – he has trained incredibly hard and this
result proves that all of his hard work has paid off.

Fill out your details below & we'll give you a call! If we're a good fit, the next step is to come in for a chat about your health & fitness goals, history, past or current struggles, and then we'll guide you through our 'Functional Movement Assessment' so we can put together a plan for you

Get our free App! 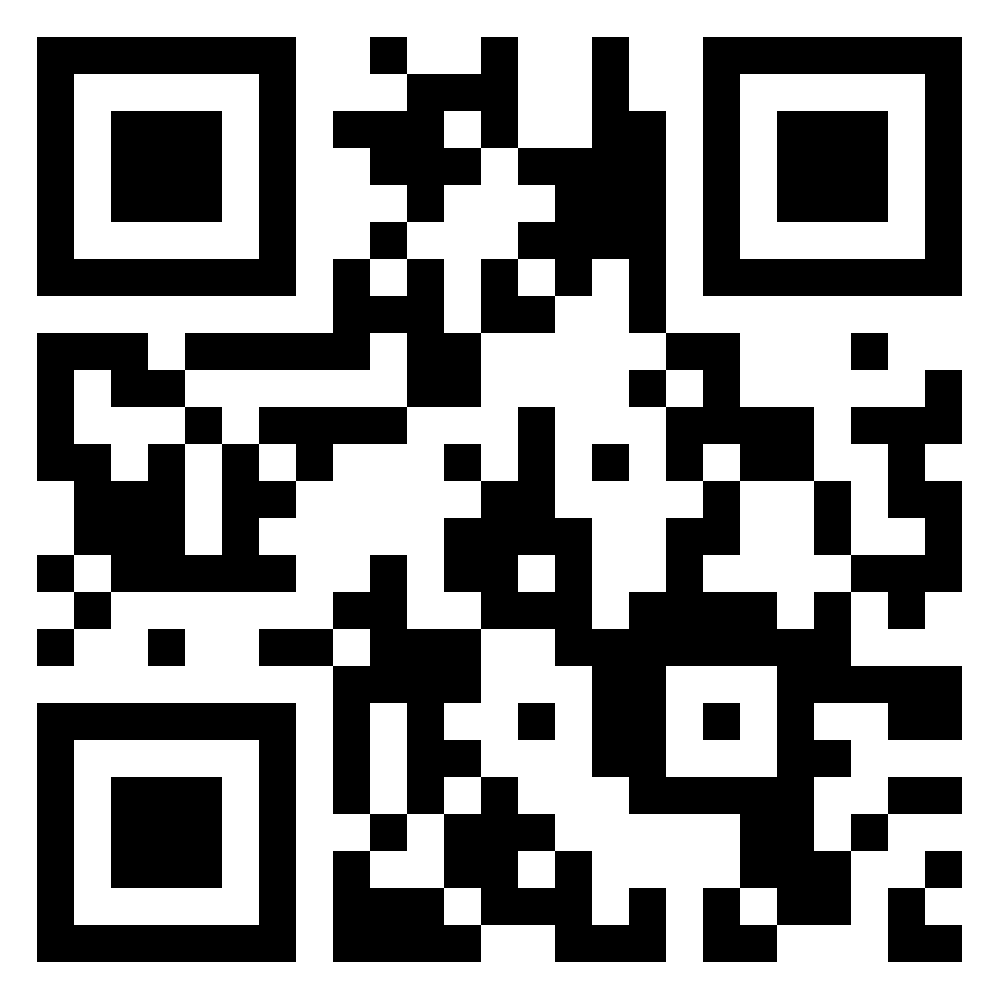